Why We Are All Talking About Bruno!
The song that is smashing records worldwide, and why we can't get enough of all things Encanto!
16 February, 2022 by

All of the songs in “Encanto” were penned by Lin-Manuel Miranda, who has proved time and time again with musicals like “Hamilton” and “In the Heights” and fellow Disney film “Moana” that he definitely knows how to write a catchy song. For “We Don’t Talk About Bruno,” Miranda crafted a song with unique verses sung by different characters.

Each character’s verse reflects their individual style and also combines a variety of melodies that somehow work together in the one song.

“Encanto” tells the story of Mirabel, voiced by Stephanie Beatriz, who is the only member of the Madrigal family who did not receive a magical gift. In the movie, she discovers that her family members and the magical house they live in are losing their special abilities. To keep the magic alive, Mirabel needs to learn more about her ostracized uncle Bruno, voiced by John Leguizamo, who disappeared 10 years ago. However, the other family members do not want to discuss the shunned uncle, hence the earworm’s clever title.

As of this writing, “We Don’t Talk About Bruno” is the No. 1 song on Spotify's Top Songs and has remained in that spot for weeks. “Surface Pressure,” another equally memorable tune, sits a few places below it.

After weeks of steadily climbing up the Billboard Hot 100 chart, "We Don't Talk About Bruno" finally claimed the top spot. The February 5th chart lists the ensemble track as the No. 1 song, marking Miranda's first time at the top of the Hot 100 chart as a writer.

"We Don't Talk About Bruno" landing at the No. 1 spot means the track has further surpassed "Let It Go" one of the most beloved songs in the Disney canon, on the charts. The "Frozen" song peaked at No. 5 in 2014.

This is only the second time a tune from a Disney animated film has reached No. 1. "A Whole New World," the Oscar- and Grammy-winning song from "Aladdin," topped the chart in 1993.

To celebrate the release of this record braking film, Funko are giving you the opportunity to share in the magic of the family Madrigal in your own Casita! 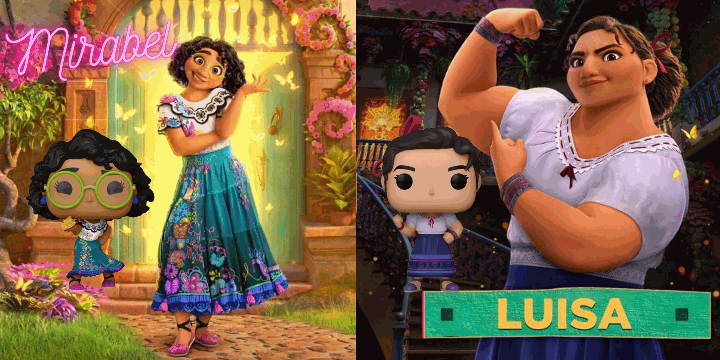 Mirabel is the youngest child of Julieta and Agustín Madrigal. She is an imperfect and quirky but emotional and empathetic 15-year-old girl who is the only member of the Madrigal family to not receive a magical gift. 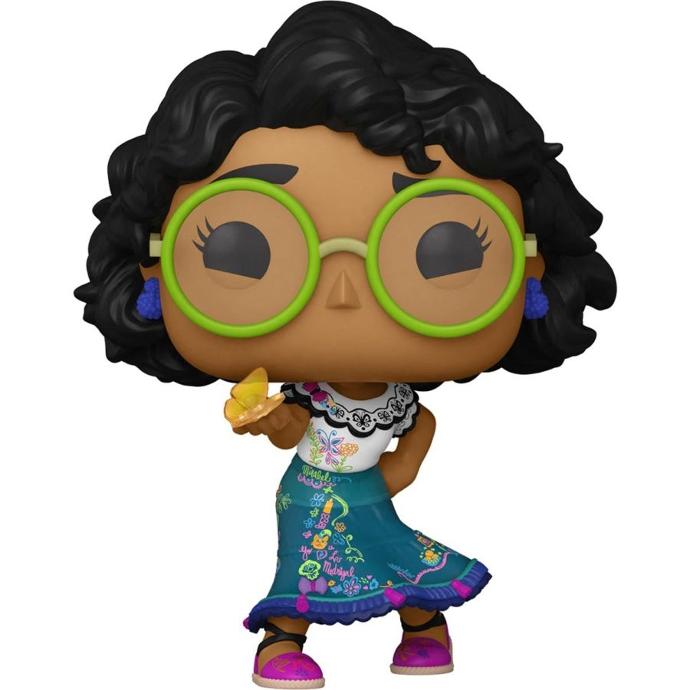 Luisa is the middle child of Julieta and Agustín Madrigal, the younger sister of Isabela, and the older sister of Mirabel. A strapping bodybuilder who is described as the “rock” of the family, Luisa was gifted with super strength. 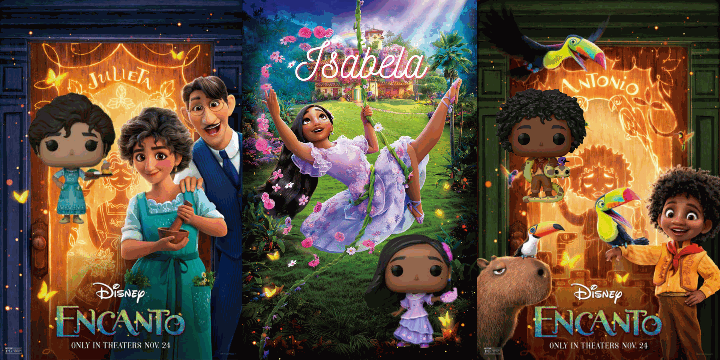 The eldest daughter of Alma and Pedro Madrigal, she is the mother of Isabela, Luisa, and Mirabel Madrigal, whom she parented alongside her husband Agustín. A nurturing caretaker, Julieta was gifted with the power to cook healing foods. 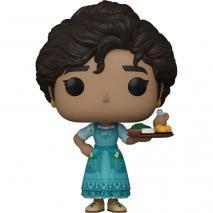 Isabela is the oldest daughter of Agustin and Julieta Madrigal, and the eldest sister of Luisa and Mirabel. Described as “Señorita Perfecta” by her youngest sister, Isabela is the golden child of the Madrigal family, whose gift is the power to conjure beautiful flowers and plants..


Antonio is the youngest son of Pepa and Félix, Mirabel’s youngest cousin, and the youngest member of the Madrigals. His gift allows him to communicate with animals. 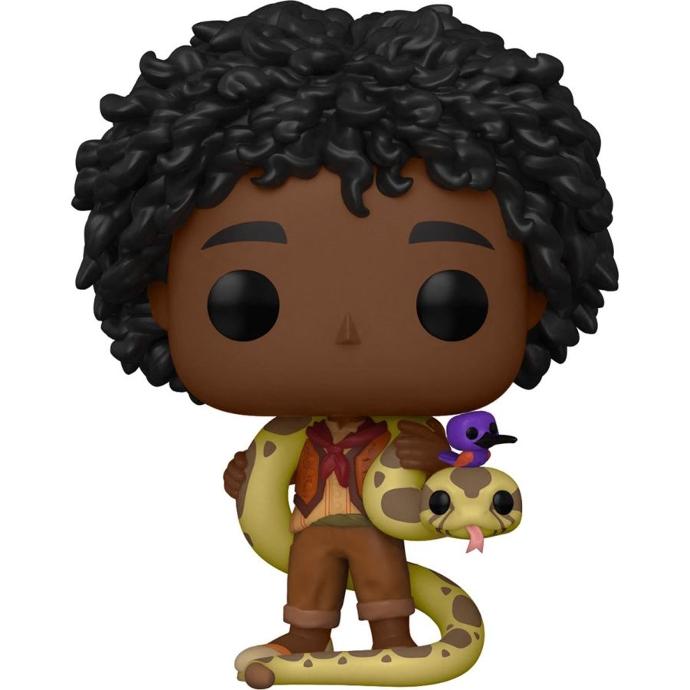 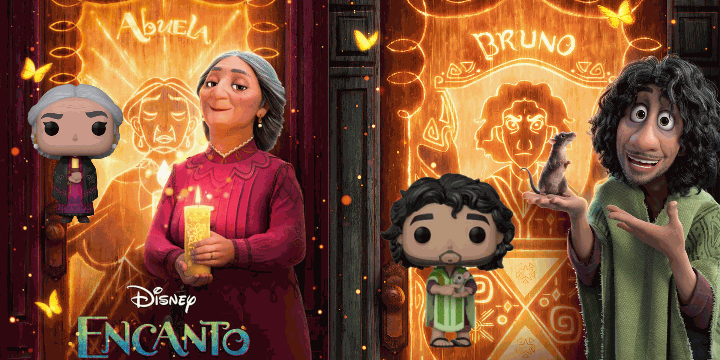 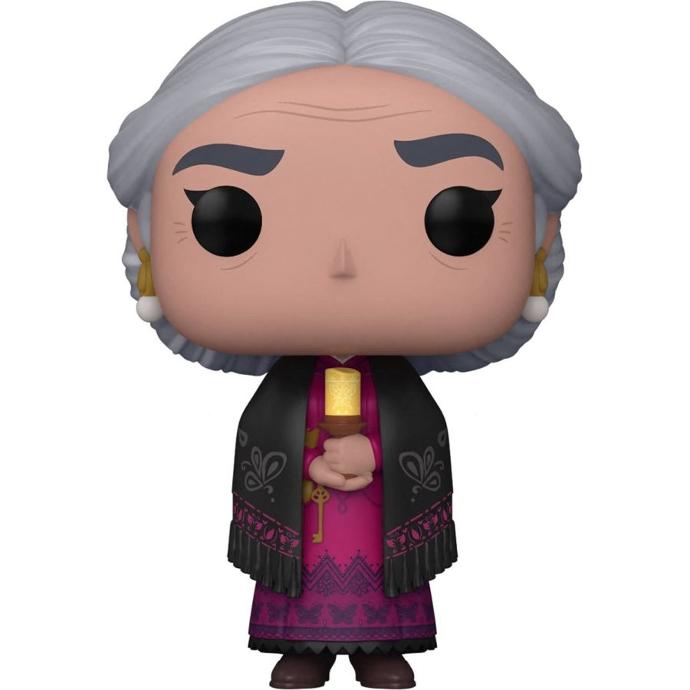 
Alma Madrigal, (often referred to as Abuela) is the matriarch of the Madrigals and the head of their enchanted village.

Bruno is the only son of Alma Madrigal, with the gift to see into the future. Bruno's odd demeanor, affinity for rats, and often doomsaying visions had distinguished him as the "black sheep" of the Madrigals, resulting in his estrangement from the family.

Read Next
Pokémon Sword and Shield Astral Radiance- The Launch Of 3 Brand New Radiant Pokémon!
The release of this epic set is 27th May 2022. Order yours now!